Replay available from our video archive

he 18th Annual Conference on

Electric Power in the Southwest 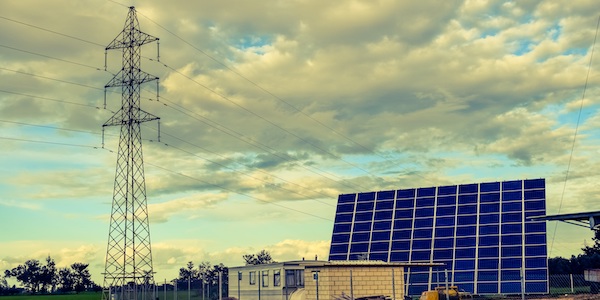 Attorneys, industry executives, governmental officials, Tribal representatives, customer representatives and anyone else involved with energy development in the Southwest

Why You will Benefit from the Replay

This year, as the Southwestern states continue their transition to clean power, they have supportive policies at the federal level rather than an administration focused on promoting production of fossil fuels in general and coal mining in particular.

The Biden Administration has an ambitious climate change and infrastructure agenda, and we will update you on its implementation priorities for the Department of Energy and the Environmental Protection Agency. The change in administration has also brought about a change in FERC leadership and you will hear about the new chairman's focus on reducing carbon emissions and facilitating a transition to clean energy.

FERC Commissioner Allison Clements will talk about the need to adapt transmission policies to a world of renewable generation. We will explore where renewables will be developed and how transmission can be in place before to enable that development. Grid reliability and resiliency will also be analyzed in light of the recent service disruptions in California and Texas.

Storage is an important reliability component, and you will hear about that and the technological advances that are making hydrogen more viable, New Mexico's potential to become a hydrogen hub, and the role that natural gas distribution companies could play in that transition.

For the second day, we turn to rubber meeting the road at the state level. The states in this region have seen a lot of legislative activity around clean energy, and we will look at potential cost issues associated with the push by some for 100 percent renewables.

The transition has and will witness coal plant closures, and those closures raise a host of environmental and social justice issues, with moral and ethical implications. For lawyers needing ethics credits, our "Environmental Justice" panel will provide two ethics hours this year.

The topics we'll be covering and the speakers we'll present are extraordinary this year.. Register soon.

Agency, industry, and environmental perspectives on implementation of the Biden Administration's climate action plan, including the rollback of previous initiatives for promoting fossil fuels and easing of emissions controls

A new chairman focusing on reducing carbon emissions and facilitating a transition to clean energy: What are the key priorities on the new chairman's agenda and what do the backgrounds of the new commissioners tell us about their likely priorities?

Adapting transmission policies to a world of diversified renewable generation; proceedings and initiatives including consideration of ways to implement state-determined carbon pricing in organized wholesale markets

Rethinking Transmission and its Role in Energy Policy Making

Where we used to build power plants and transmission together, we now have to anticipate where renewables will be developed and have transmission in place before they are constructed

Moving Towards Decarbonization of Buildings and Transportation: Do We, by Necessity, have to Create a Hydrogen Future? If so, What are the Implications for Energy Distribution Infrastructure in the Southwest?

Update on using variable wind and solar for producing hydrogen from electrolysis: Continuing downward trends in production costs; viability as a fuel for longer-range and heavy truck transportation; use as a replacement fuel for gas peaker plants

New Mexico as a hydrogen hub: Update on the Libertad Power hydrogen production facility to be located in San Juan county

A Reality Check on What is Achievable: Can We Really Get to 100 Percent Renewables? And at What Cost?

What we know, and do not know, about achieving a National-Scale 100% Renewable Electric Grid: Update on a major NREL/DOE study into the technical and economic challenges; how interdisciplinary collaboration can move us towards our decarbonization goals

The ethical overlay including the intersection of moral aspects of the Environmental Justice movement and professional responsibility rules for lawyers: Issues ranging from selecting plants to close to how it is done and the end result 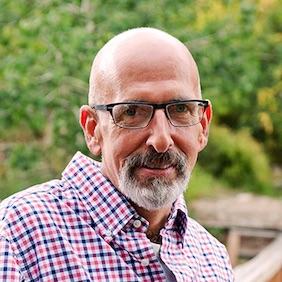 Steve Michel, Program Co-Chair, is Deputy Director for the Clean Energy Program for Western Resource Advocates. His work is primarily focused on advancing clean energy resources, such as renewables and energy efficiency, moving the power sector away from environmentally harmful fossil-fueled resources, and developing regulatory mechanisms for electric utilities to address climate change. 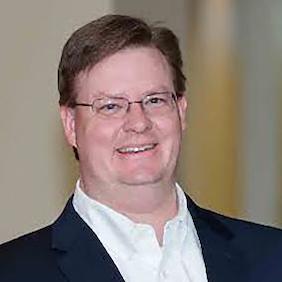 Thorvald Nelson, Program Co-Chair, is a partner at Holland & Hart where his clients include large electric consumers and electric consumer coalitions, independent power producers, renewable energy developers, and independent transmission developers. Before practicing law, he served as an economist with the Colorado Office of Consumer Counsel, where he served as a testifying expert on regulatory law and policy. 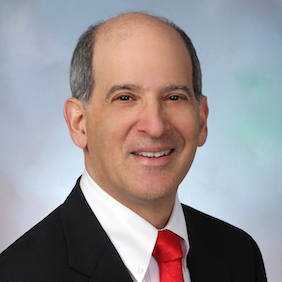 Marc L. Spitzer, Program Co-Chair, is a partner at Steptoe & Johnson. He represents utilities and energy companies before the Federal Energy Regulatory Commission (FERC), at state utility commissions, Congress, federal agencies and state legislatures. He formerly served as a FERC commissioner, on the Arizona Corporation Commission, and in the Arizona State Senate. 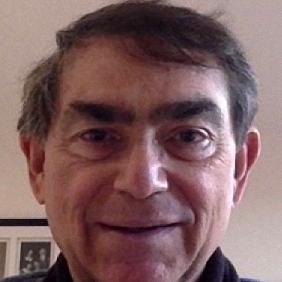 Paul L. Biderman, Moderator, retired in 2011 as Director of the Institute of Public Law at the UNM School of Law. He previously served as New Mexico's Secretary of Energy and Minerals. His contributions to public ethics over the years have included service on both the Santa Fe Ethics and Campaign Review Board and on the Supreme Court's Advisory Committee on the Code of Judicial Conduct. He co-authored in 2015 the Attorney General's Compliance Guide to the Governmental Conduct Act. 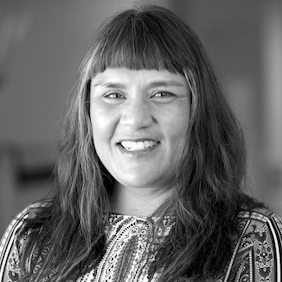 Bidtah N. Becker is an Associate Attorney for the Navajo Tribal Utility Authority. In 2017, when she served as the Executive Director of the Navajo Nation Division of Natural Resources, she helped negotiate an agreement to begin decommissioning of the Navajo Generating Station and to allow the owners access to the site for an additional 30 years to monitor the site as required by federal environmental laws.

The Hon. Allison S. Clements was appointed to the Federal Energy Regulatory Commission in 2020. She previously was the founder and president of Goodgrid, LLC, an energy policy and strategy consulting firm. Before that, she spent two years as director of the energy markets program at Energy Foundation and for the Natural Resources Defense Council as director of the Sustainable FERC Project. 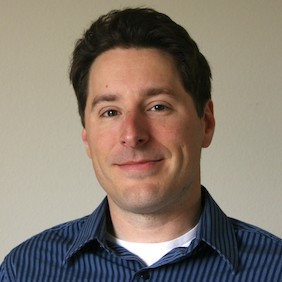 Paul Denholm, Ph.D. is a Principal Energy Analyst at the National Renewable Energy Laboratory. His research focuses on examining the technical and economic impacts of large-scale deployment of renewable electricity generation, and the role of energy storage. He holds a Ph.D. in energy analysis from the University of Wisconsin-Madison. 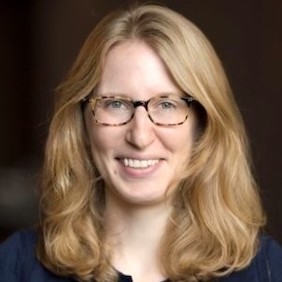 Carla Frisch is Principal Deputy Director, Office of Policy at the US Department of Energy. She rejoined the department after serving as an Adjunct Professor at Northwestern University's Master of Science in Energy & Sustainability program and as a Senior Principal at Rocky Mountain Institute where she worked on state/federal clean energy policy.

Bill Greer is Director of Stakeholder Strategy at Atmos Energy. He has been with the company for 35 years, previously holding positions in engineering, operations, marketing, and public affairs. 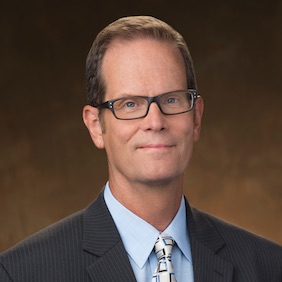 Douglas J. Howe, Ph.D., is a Director with the Western Grid Group. In 2020 he was appointed to serve on the board of the New Mexico Renewable Energy Transmission Authority. He formerly served as the chair of the Governing Body of the Western Energy Imbalance Market. 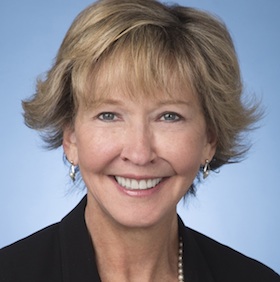 Suedeen G. Kelly is a partner at Jenner & Block. She was nominated by Presidents George W. Bush and Barack Obama to three terms as a FERC Commissioner. She also served as chairwoman and commissioner for the New Mexico Public Service Commission and was a lawyer for the Natural Resources Defense Council and US Environmental Protection Agency. 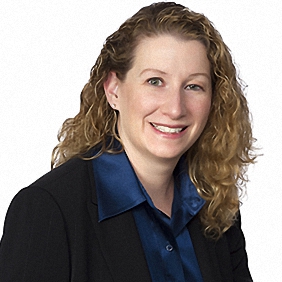 Suzanne Keppeler is a partner at Van Ness Feldman where she focuses on representation of electric utilities in a wide range of regulatory matters before the Federal Energy Regulatory Commission (FERC) and U.S. Courts of Appeal. She also advises on compliance with North American Electric Reliability Corporation (NERC) and regional reliability standards. 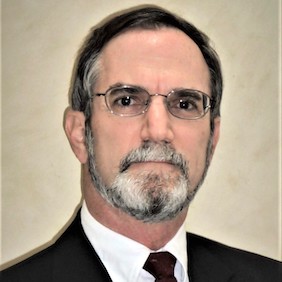 Daniel E. Klein is Founder and President of Twenty-First Strategies and Managing Partner of the Libertad Power Project. He formerly was a Senior Vice President and Director of ICF Resources Incorporated where he was a lead officer in developing the Integrated Planning Model (IPM) for the electric power sector, still in wide use by EPA, utilities, and others.

Rao Konidena is the Principal at Rakon Energy LLC where he provides policy and testimony support, business development, and training in wholesale energy markets. He previously worked at the Midcontinent ISO (MISO) as Principal Advisor for Policy Studies, working on energy storage and distributed energy resources.

Todd Leahy. Ph.D., is t he Deputy Secretary for New Mexico's Department of Energy, Minerals, and Natural Resources and also serves as the Tribal Liaison for the Department. Prior to that appointment, he served at the New Mexico Wildlife Federation in a number of capacities including Acting Executive Director. 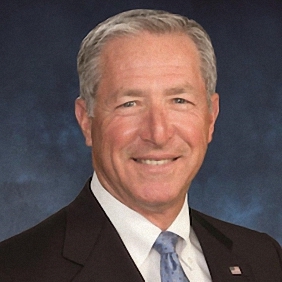 Doug Little is the Principal of Arizona Energy Associates. He formerly served as a Senior Advisor in the Office of Electricity at the US Department of Energy and Deputy Assistant Secretary for Intergovernmental and External Affairs. Prior to DOE, he was a member and Chairman of the Arizona Corporation Commission. 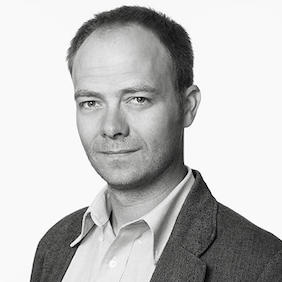 Noah B. Long is Director of the Western Region Climate & Clean Energy Program for the Natural Resources Defense Council. In that role, he has worked to advance policies for deploying renewable energy, increasing energy efficiency, and advancing cleaner cars and electric vehicles. 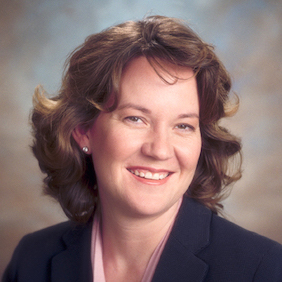 Kristin K. Mayes is Senior Sustainability Scholar at the Global Institute of Sustainability and Innovation at Arizona State University. She served on the Arizona Corporation Commission from 2003 until her term expired on December 31, 2010, where she helped co-author the Arizona Renewable Energy Standard. The Standard contains the most aggressive distributed generation requirement in the country. 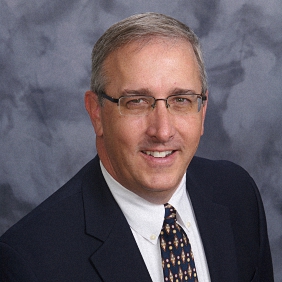 Robert Mechler is an Associate Vice President Transmission at LS Power. He has been involved with the electric power utility industry and specifically the delivery of power over the high voltage electric grid for over 35 years. He specializes in the planning, engineering, construction and maintenance of power delivery systems. 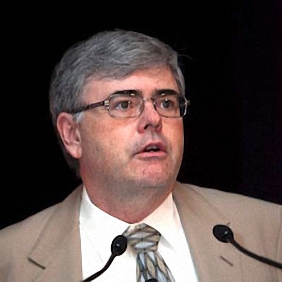 Arthur J. O'Donnell, publisher of The Energy Overseer, is an independent energy journalist and electricity market analyst with direct experience throughout the Western Interconnected Grid. From 2012 - 2020, he worked at the California Public Utilities Commission as a Program & Project Supervisor in Grid Planning & Reliability (in Energy Division), and Risk Assessment & Safety Advisory (for Safety & Enforcement Division). 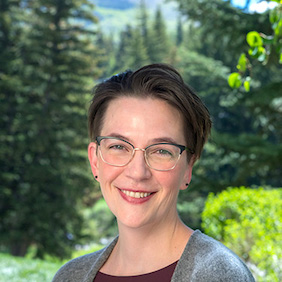 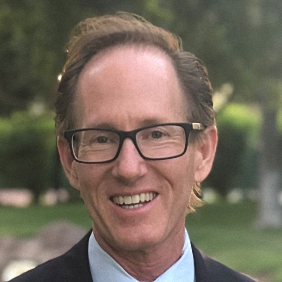 Greg Patterson is Directo r of the Arizona Competitive Power Alliance and the New Mexico Independent Power Producers Association. He formerly served as Director of the Residential Utility Consumer Office. 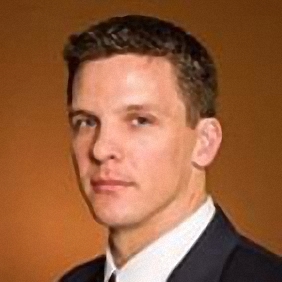 Phillip J. Russell, James Dodge Russell & Stephens, serves as the President of the firm and represents a broad spectrum of energy clients. They include industrial and commercial energy users, municipal and cooperative utilities, and renewable energy project developers.

I appreciate LSI's seamless segue from registration, an informative seminar, to end result.

There is a $25 cancellation fee

The web link option allows you to stream or download. The flash drive option includes both audio and video files. Both include materials.