Replay available from our video archive

The 17th annual conference on

Regrettably, we've had to cancel this program

Who Will Benefit from Attending

Why You will Benefit from Attending

This year the response to the Covid-19 pandemic continues to permeate all of our daily lives with class action litigation being no exception. Covid-related claims have been filed in virtually every topic area we will cover in this year's program. That is particularly true for employment and consumer class actions.

In the privacy arena, evolving technologies are giving rise to new liability theories. You'll have an opportunity to get updated on decisional trends from recent cases.

Securities class action litigation also has been an active area. We'll explore cases involving misinformation, failure to disclose, insider trading, and stock manipulation. As the reality of climate change becomes apparent, those are increasingly likely to include claims regarding potential liability for some business activities and the risk to business operations for others.

While most class actions settle others go to trial and then go on appeal. We've added a panel on appellate practice for this year's program. We'll also have a panel on evidentiary standards for class certification and proving damage from both a legal perspective and a technical perspective on the use of modeling.

For our wrap-up session on settlement strategies, we're featuring two experienced neutrals to provide their perspectives on the current best practices for designing a settlement that courts will approve and that can be administered effectively.

We hope you'll be able to join us. Register soon to reserve your virtual seat.

What Participants Have Said About Similar Programs

Piecing together the trends from last year's major decisions

Recent SCOTUS decisions; the latest on the split in the circuits on ascertainability and the approach taken by the Ninth Circuit; novel uses of negligence theories in class actions; the impact of TransUnion in the lower courts

Common Rules of Professional Conduct issues in class actions; emerging new issues including the use of social media campaigns to solicit clients for mass arbitrations and the point at which attorney/client privileges and obligations commence

Effective use of post-trial motions to set the stage for an appeal; tips for keeping your focus on what makes judges want to decide for you

The economics: Use of modeling during the class certification stage; current best thinking for measuring or estimating damages in antitrust, securities, and consumer protection and privacy cases 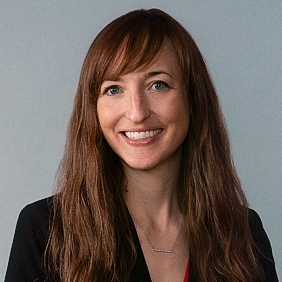 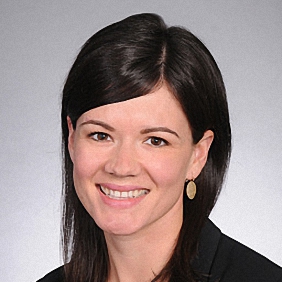 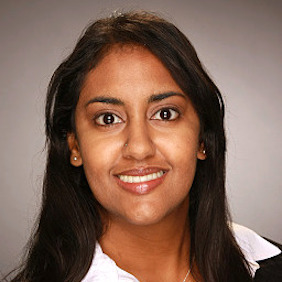 Sunita Bali is a partner at Perkins Coie and represents technology, food, and retail clients in consumer class action disputes and other complex commercial litigation matters. She also advises internet and telecommunication service providers on compliance with federal and state laws regarding the privacy of user information, including the Stored Communications Act. 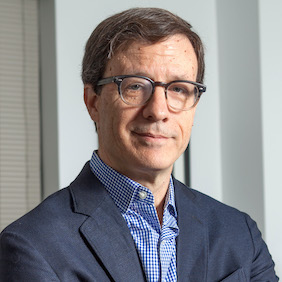 F. Paul Bland, Jr. is Executive Director of Public Justice, overseeing its advocacy and litigation of consumer, environmental and civil rights cases, and other operations. He successfully argued before the Supreme Court in Home Depot, U.S.A. v. Jackson, 139 S. Ct. 1743 (2019) (neither the general removal statute nor the Class Action Fairness Act permits removal to federal court by a third-party counterclaim defendant). 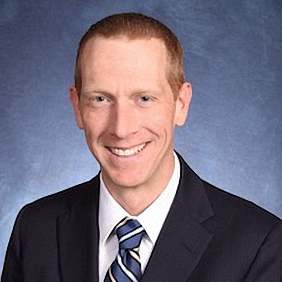 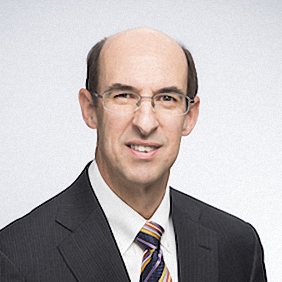 Charles B. Casper is chair of the class action defense practice at Montgomery McCracken Walker & Rhoads. Since 1993, he has served as class action counsel to Microsoft Corporation in class actions in federal and state courts across the country, including consumer and indirect-purchaser antitrust class actions. 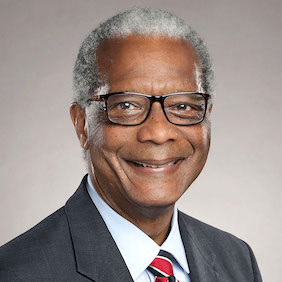 The Hon. Ronald E. Cox Judge (Ret.), JAMS ADR, had more than 23 years of service on the Washington State Court of Appeals. During his tenure on the court, he served as Presiding Chief Judge of the entire court. He also served a separate time as Chief Judge of Division One, which is headquartered in Seattle.

Daniel J. Dunne, Jr. is a partner at Orrick Herrington & Sutcliffe and a member of the Securities Litigation, Investigations and Enforcement Group. He focuses on defense of financial institutions, corporations, directors and officers, and accountants in complex litigation in federal and state courts. He has also been a key part of the winning Orrick team, leading the defense of Credit Suisse against an avalanche of litigation related to claims involving residential mortgage-backed securities (RMBS). 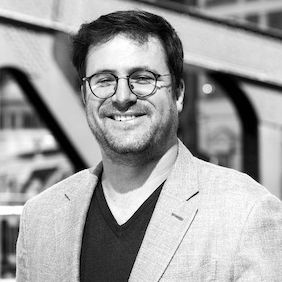 Jay Edelson is the founder and CEO of Edelson PC. He is considered one of the nation's leading plaintiff's lawyers and has been appointed to represent state and local regulators on some of the largest issues of the day, ranging from opioids suits against pharmaceutical companies, to environmental actions against polluters, to breaches of trust against energy companies and for-profit hospitals, to privacy suits against Google, Facebook, Uber, Marriott, and Equifax.

Juli is a member of K eller Rohrback's nationally-recognized Complex Litigation Group and divides her time between the firm's Seattle and Santa Barbara offices. Her current cases include serving as co-lead counsel representing victims of the 2015 Refugio California Oil Spill and representing patients affected by prescription drug overcharges. She is also part of the team pursuing claims to hold drug manufacturers accountable for the current opioid health crisis.

Michael J. Holecek is a partner in the Los Angeles office of Gibson, Dunn & Crutcher, where his practice focuses on complex commercial litigation, class actions, and labor and employment law. He has advised clients on drafting arbitration agreements, successfully litigated dozens of motions to compel arbitration, and has represented clients in hundreds of arbitration proceedings. 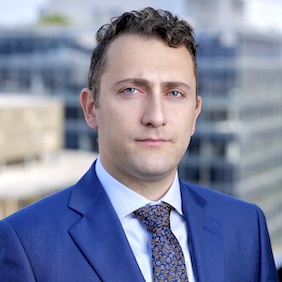 Michael Kheyfets, a partner at Edgeworth Economics, is a professional economist who provides his clients with economic research and rigorous data analysis in litigation, regulatory, and business analytics matters. This includes developing expert testimony on class certification, liability, and damages issues. 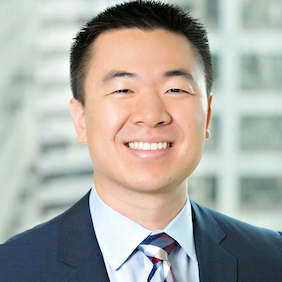 David J. Ko is a partner at Keller Rohrback where he represents plaintiffs in federal and state courts across the country in a wide variety of cases involving corporate wrongdoing. He is one of the lead attorneys in the MDL In re: Facebook, Inc. Consumer Privacy User Profile Litigation, arising out of the Cambridge Analytica scandal and Facebook's disclosure of user information to third parties without their consent. 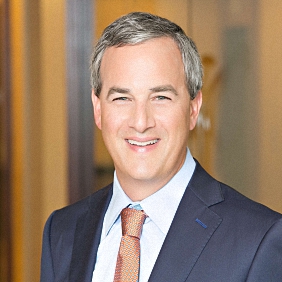 Derek W. Loeser is a senior partner at Keller Rohrback and a member of the firm's Executive Committee. He leads the Keller Rohrback team litigating government cases against opioid manufacturers and distributors in the In re National Prescription Opiate Litigation. He also represents school districts and counties in litigation against the e-cigarette company, JUUL, for targeting and addicting youth. 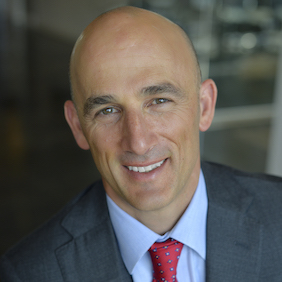 Thomas E. Loeser is a partner at Hagens Berman Sobol Shapiro. A former Assistant United States Attorney, he represents plaintiffs in highly complex class actions involving computing and software, and matters where both civil and criminal investigations are involved. 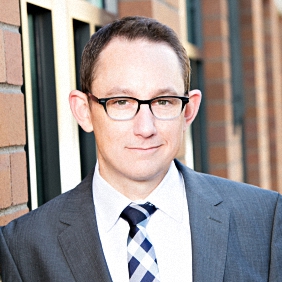 Toby Marshall is a founding member of Terrell Marshall Law Group where he represents plaintiffs in class actions, collective actions, and other complex litigation. He has represented employees in a variety of wage and hour lawsuits and, as a member of the Washington Employment Lawyers Association, has authored many amicus briefs that have helped advance the rights of workers. 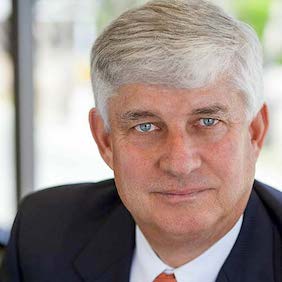 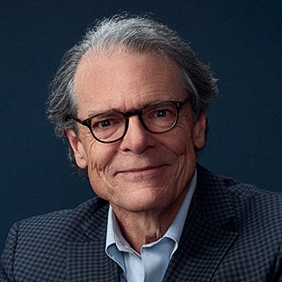 Stephen M. Rummage is a partner at Davis Wright Tremaine and represents clients in complex litigation and appeals, with an emphasis on commercial litigation and class action defense. In addition to his trial practice, He has argued dozens of appeals in state and federal courts, including high-profile cases that established Washington and federal law on issues ranging from class action procedure to securities to land use. 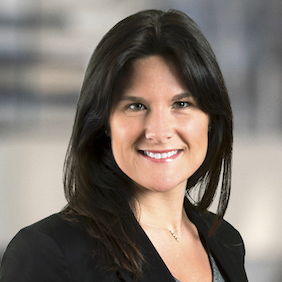 Ashley M. Simonsen, a partner at Covington & Burling, is a litigator whose practice focuses on defending complex class actions in state and federal court. She has successfully represented clients in the financial services, consumer brands, technology, and sports industries through all stages of litigation, including trial, with a strong track record of success on early dispositive motions.

William (Ben) Stafford is a partner at Perkins Coie. He has extensive experience defending complex wage-and-hour class action cases for clients including The Boeing Company, Comcast, OfficeMax, and Les Schwab. Ben's experience extends to all aspects of such cases, including managing electronic discovery, defeating class certification, taking a case to trial, and appellate practice. 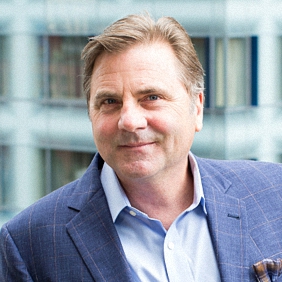 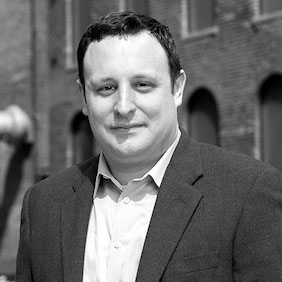 Alexander Tievsky is a partner at Edelson PC. He represents consumers and government entities in complex cases where the law is still catching up to today's challenges. Recently, he represented consumers who collectively lost hundreds of millions of dollars wagering at so-called "free-to-play" app-based casinos. 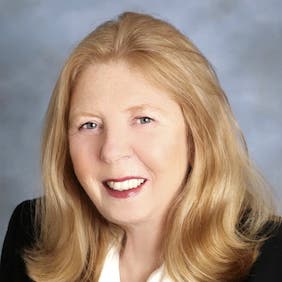 The Hon. Rebecca Westerfield (Ret.) has been a full-time mediator and arbitrator since 1992 and is a founding member of JAMS. She has mediated thousands of domestic and cross-border cases, including complex class action matters involving products liability, employment, and consumer litigation, and has served as special master overseeing allocation of settlement funds. She is also an elected Fellow of the College of Commercial Arbitrators.

The day before the program, we will email you a link to the materials and one to log into the broadcast. Fill out the "Registration" form by entering your name and email address. That will log you in.

For tips on how you can ask questions, make comments, or join the conversation, download our Broadcast Guide.